Basketball came to live when the Philippines' first participation to the 1936 Berlin Olympic in Germany. It was led by former senator, ambassador and team captain, Ambrosio Padilla, as the first president of the Basketball Association of the Philippines (BAP).

The BAP was an official member of the FIBA since 1936 until it was replaced by another group after the FIBA secretariat (Patrick Baumann, Borislav Stankovic & Bob Elphinston) conspired with the other group for marketing purposes and manipulated the said Bangkok Agreement in 2007.

An annual Leadership Awards Night was named after the late Ambassador Ambrosio Padilla being held every 7th day of December on the occasion of Mr. Padilla's birthday.

BRIEF HISTORY OF THE BASKETBALL ASSOCIATION OF THE PHILIPPINES

It was four years after the establishment of the FIBA in 1932 by England’s Dr. Renato William Jones, who had held the position of Secretary General until the late 1980s.

Former Olympic basketball player Ambrosio Padilla was the 1st president of the BAP.  Padilla, who later became a Senator, saw action for the Philippines in the 1936 Berlin Olympics, the year the BAP joined the FIBA.

In 1968, Gonzalo G. “Lito” Puyat II was named the BAP’s second president.  Puyat stayed on the job until 1993 when he gave way to Godofredo Jalasco, the son-in-law of Philippine president Fidel V. Ramos.

Jalasco was voted the BAP’s third president during elections held in Bacolod City.

Meanwhile, in the international front, Puyat was twice elected FIBA president in 1976 and 1980 for a pair of four-year terms.  At the time, the FIBA president was elected through the World Congress.  At present, the position of FIBA president is occupied by representatives from the FIBA Sub-Zone, Asia, Oceania, North and South America, Europe and Africa on a rotation basis.

Consequently, the BAP was suspended by FIBA Secretary General Patrick Baumann on July 5, 2005 in Kuala Lumpur, Malaysia.  The suspension came when the Philippine national team was already in the Malaysian capital to compete in the Southeast Asian Basketball Association (SEABA) men’s basketball tournament.  The Philippine team’s stint was aborted as the suspension banned from Philippine national basketball teams from joining any FIBA-sanctioned international competitions in the SEABA, FIBA-Asia Championship, Southeast Asian Games, Asian Games and Summer Olympics.

According to Baumann, the suspension was meant to pressure the POC to reinstate the BAP in the POC.  Once the reinstatement came, the FIBA suspension would be lifted since the FIBA still recognized the BAP as the basketball-governing organization in the Philippines at the time.

Lina did not agree with Baumann’s decision but Dato’ concurred, claiming a suspension would pressure the POC to reinstate the BAP.

Subsequent events proved otherwise.  Baumann shamelessly played politics.  In his desire to become a member of the International Olympic Committee (IOC), he needed to be in good terms with IOC country members such as the POC.

The controversy lingered for such a time until Lina resigned in October 2006 and was replaced by Honorable Senator Jinggoy Estrada, who was elected as the BAP’s sixth president.

Estrada vowed to protect the rights of the BAP and sought to remedy the injustice the BAP suffered at the hands of the POC.

However, on the fateful day of December 23, 2006 in Hong Kong, or just two months into his BAP presidency, Estrada unilaterally surrendered the full right of the BAP to businessman Manuel V. Pangilinan

Pangilinan was thought to be an impartial arbitrator, but he turned out to be angling for the basketball leadership himself. Estrada went on to recognize Pangilinan’s ragtag, months-old Pilipinas Basketball as the sole authority in Philippine basketball.

The BAP Board protested the action taken by Estrada.  In an emergency Board meeting, it dismissed Estrada as its president and called for a special National Congress on January 26, 2007.  During the National Congress, Go Teng Kok was elected as the seventh BAP president and Congressman Luis R. Villafuerte was chosen as the BAP Chairman.

On February 4, 2007, a meeting was held in Bangkok, Thailand.  The BAP was represented by Christian Tan and its legal counsel Bonifacio Alentajan.  The PB was represented by Pangilinan’s trusted allies Ricky Vargas, Noli Eala, Jose Capistrano (PB representative) and lawyer Marievic Añonuevo of the Sycip Salazar Law office.

Pangilinan, who was there on the personal invitation of Baumann, was to be the mediator.

A document, the so-called Bangkok Agreement was struck.  Anonuevo crafted the handwritten draft by 4 a.m. of February 4, 2007.  All returned to Manila by 6:30 a.m. on that same day.

Pangilinan was expected to play the role of a mediator. However, during the Bangkok meeting, Pangilinan was far from being mediator as he took the side of the PB.  He dealt with the BAP himself.  Capistrano, officially the PB representative, did not utter a word while the FIBA arbitration was going on.

Baumann flew in to attend the Congress and publicly announced that Villafuerte had been elected as BAP-SBP Chairman and Pangilinan as BAP-SBP president.  The announcement was published in the major national newspapers.

While preparing for the transitory period to lapse in one year’s time, the BAP held its National Congress and elected its eighth president, former Congressman Prospero A. Pichay Jr.  Pichay,  on December 13, 2007, who also is the president of National Chess Federation of the Philippines (NCFP), replaced Go Teng Kok as BAP president.

“Strategy” as what the BAP was preparing as there were talks that Pangilinan was already planning to discredit the BAP and most of the national newspapers were already describing the corporation simply as “SBP” and never once invited Villafuerte to the Board meetings.

This showed bad faith on the part of Pangilinan, who was a signatory to the Bangkok Agreement.

Go manuevered the expulsion of the BAP as a national sports association in 2005 to curry the favor of POC president Cojuangco, who had had a falling out with Go.  To favor BAP at that time would further strain his relationship with Cojuangco.

Even after the transitory period expired on February 5, 2008, Congressman Villafuerte was never once invited to attend a Board meeting despite numerous requests to Pangilinan and his group.  Villafuerte had wanted to truly unify the BAP-SBP but Pangilinan ansd his group continued to ignore the BAP group.

The sudden emergence of  Pilipinas Basketball (PB) as another basketball corporation was merely a ploy to cause the demise of the BAP through POC interference.

As an institution, the BAP has been existence for the last 73 years.  But the SBP group sought to destroy it and come up with its own agenda.

Granting that Pangilinan claimed there was no vacancy in the BAP-SBP to accommodate Villafuerte in the organization, which was definitely a lie, Lito Alvarez resigned to pave the way for Villafuerte’s entry.  Still, Pangilinan refused to accept Alvarez’s resignation and Villafuerte remained in limbo.

Moreover, before the start of the Unity Congress on February 5, 2007, the BAP already accepted the resignation of Matthew Gaston, Michel Lhuillier, Jose Lina and Raul Alcoseba on its list of members/officials.  However, Pangilian turned a deaf ear and refused to recognize the changes in the BAP’s list of new nominees and replacements.

On May 13, 2008, a letter by Patrick Baumann addressed to the BAP-SBP, stated that the organization should “validate the members after the transitory period caused by the merger.”

Even the 13-person Membership Committee chaired by the SBP’s Eleazar Capacio sought to discredit the 87 BAP members/stakeholders recognized in the Bangkok Agreement.  Capacio came up with his own list of voting members and most of the 19 names on the list were beholden to the SBP.

This was protested by the BAP since the Membership Committee consisted of eight members from the BAP group and five from the SBP group.  It was done with the consent of the majority of the Committee.

Capacio, who himself is beholden to Pangilinan, stubbornly held his ground.  Ironically, the 19 members/stakeholders he recognized would not even be enough to elect the new 25-member Board of Trustees of the BAP-SBP.

Moreover, five stakeholders on Capacio’s membership list had the support of the BAP and another five were not even part of the original list of 87 members/stakeholders recognized in the Bangkok Agreement and submitted to the FIBA.

Attorney Baldomero C. Estenzo of the Cebu Schools Athletic Foundation, Inc. (CESAFI) was one of the 19 members recognized by the SBP.  However, after making his own investigation, Estenzo issued the following statement:  “I withdraw as Member of the Board of Trustees of the Pangilinan faction as, in his conscience, I believe that the June 12, 2008 National Congress where I was elected was not valid for lack of quorum and redundancy.”
_________________
sport news filed 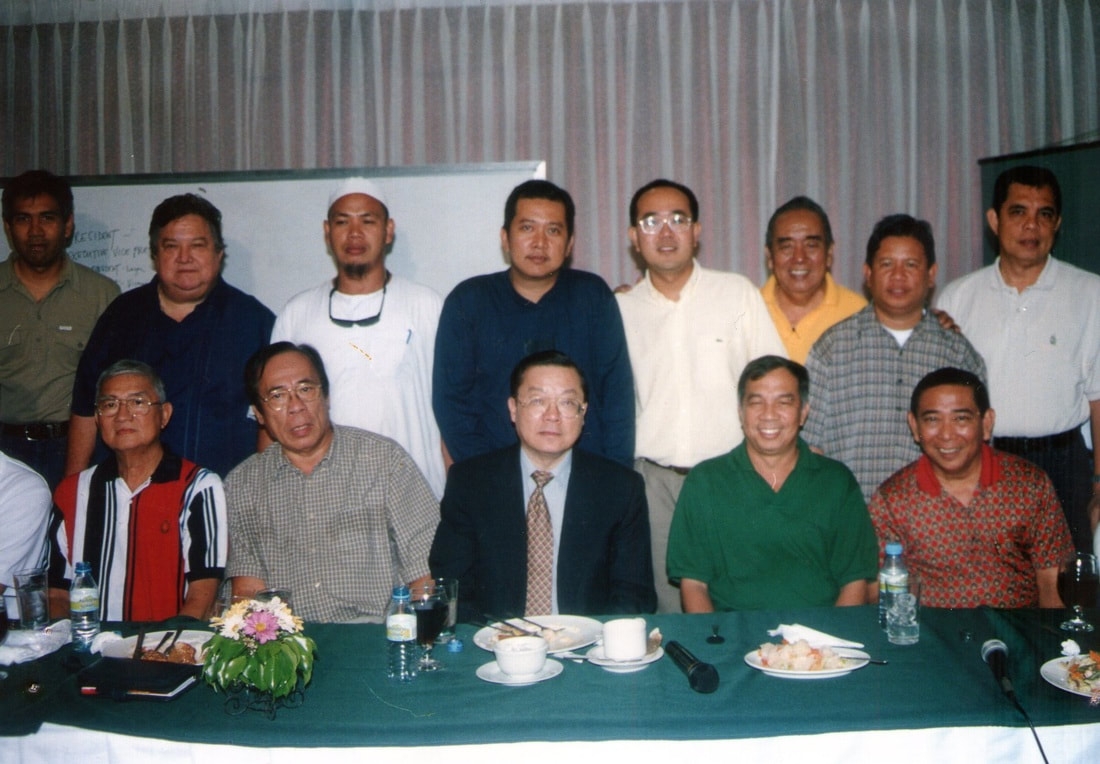 Jose "Dodong" Aquino (center) who passed way in mid-2000 was once the BAP regional director of Region VII in Cebu City. A great person with a principle attitude toward righteousness. At right is baseball great Filomeno "Boy" Codinera. "Both Aquino and Codinera are my forgotten hero but live in my heart always" - GCL (July 20, 2020) 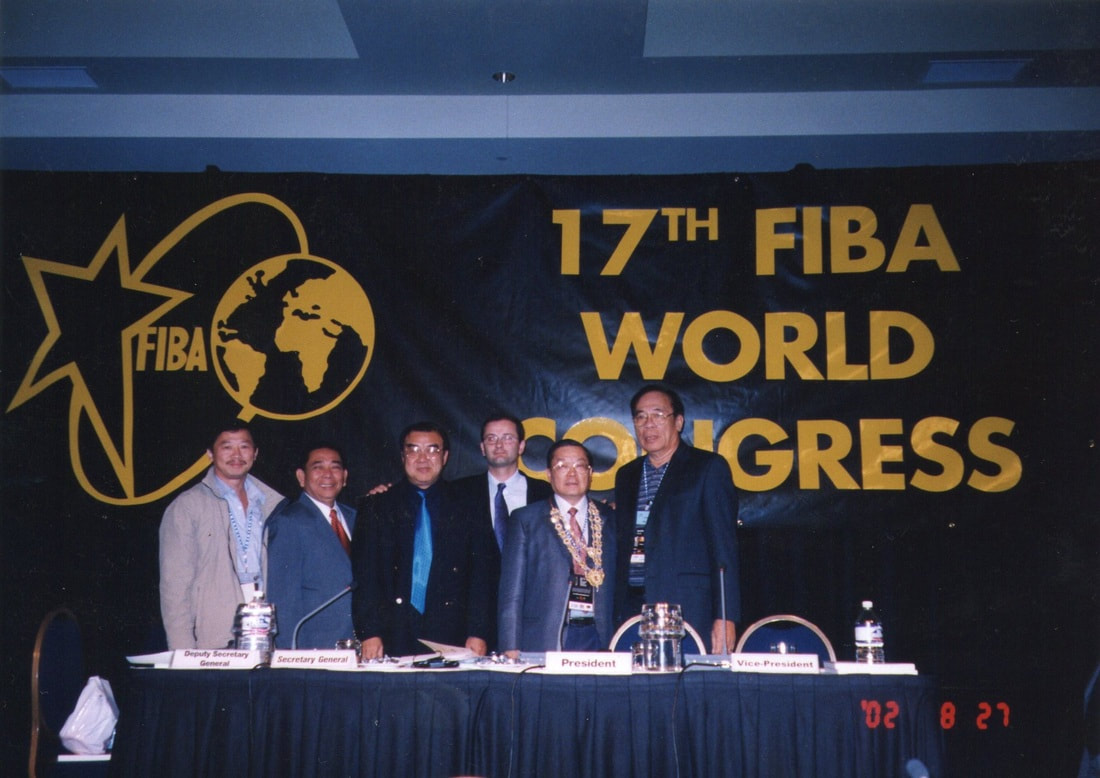