Greetings! The Basketball Association of the Philippines (BAP) Fiesta 2022 will celebrate marking its 86th Anniversary since it was established in 1936. The first time the BAP Trustees will hold a BAP National Congress is on September 9, 2022 (Friday). It will have a recreation program on 3v3 basketball competitions exclusively for the BAP accredited members nationwide.

The following programs and activities are:

The schedule of competitions of 3v3 Basketball competitions from September 8 to 10, 2022 as follows:
a.   Registration of Teams, starting from 08:00 AM - 13:00H;
b.   Distribution of Game Schedule at 14:00H and Registration Fee & Form;
c.   A Welcome Address from the BAP Officials at 15:00H; Preparation of Snacks/Beverages for the registered
Participants; Schedule of Games.
d.   Adjourned.

At TUP Premises will be assigned by the BAP Fiesta Project Director, Mr. Allan Soria (Mobile # 0961 584 7055);
Facebook: Allan Soria (photo in red polo shirt); BAP National Congress with the introduction and presence of the
BAP Board of Trustees Members led by BAP President, Prof. Robert Milton A. Calo.

The BAP will invite Atty. Maria Luz Arzaga-Mendoza, FISU Legal Committee Member as our Special Guest, to give legal advice on how to organize legal aspects of a tournament and other legal concerns.

To attend BAP National Congress for Directors, Commissioners, and other officials from Clubs, Institutions only.
The registration fee is ₱500 per attendee. It’s important to have a BAP Group Photo for all participants.

b.   A Certificate of Recognition will be presented to the Host, TUP President Dr. Jesus Rodrigo F. Torres;


Note:      Luncheon will not be served, everyone might be going home and others may visit the Mall
adjacent to the City Hall of Manila to relax.


💖 Reminiscing our Friendship :
The 1st BAP Fiesta’s birthplace started in Masbate 2018. Thank You!
We are proud of you, BAP Loyal Friends! 🏀🏀 🏀

To ensure your BAP membership if you are accredited, you may visit the BAP website at baplink.com and look for your respective regions if your name is posted.

There are many fake-issued of BAP identification cards without being recorded in the BAP Central office.

Please report any suspicious or you may file a legal complaint in your corresponding area, for example, report to Barangay or Municipality office to those pretending to be BAP members. This is to safeguard your legal status as a BAP member.

Thank you for your kind cooperation and guidance!

From:
The Secretary-General, BAP Central Office-Manila

BAP Fiesta from September 8 to 10, 2022. The Participants must register in advance already and must have submitted their form on or before August 5, 2022 (Friday), including the payment to the BAP Account (Please see below item - V.  Regulations)

The BAP Fiesta 2022 will celebrate marking the 86th Anniversary since it was established in 1936.

It will have a recreation program and activities exclusively for the BAP accredited members nationwide.

II.    The following programs and activities are:

This is known as the BAP FIESTA 2022 and will organize the 3v3 Basketball Challenges from September 8 to 10, 2022:
The schedule of activities and competitions dates are:


b.   A Certificate of Recognition will be presented to the Host, TUP President Dr. Jesus Rodrigo F. Torres;

Note:      Luncheon will not be served, everyone might be going home and others may visit the Mall
adjacent to the City Hall of Manila to relax.

It started in 2018, the first BAP Fiesta organized the first Fiesta which was held in October 2018 at the Municipality of Dimasalang,
Masbate province;

The objective of the BAP Fiesta is for the BAP members nationwide to have camaraderie and goodwill among the BAP family
members;

The registration fee per team is ₱1,000 (One Thousand Pesos Only). Kindly make payment directly to the BAP saving account
at the Philippine National Bank (PNB) # 1627- 1003- 2176  in Manila.  Please show your deposit slip for authentication.

Each Chapter can form two (2) teams to participate in the BAP Fiesta 2022. The BAP Fiesta Registration Form will be sent to
respective directors as per request to your Facebook accounts.

The estimated attendance from the BAP is 200-300 people (BAP members only as officials/ players).

Each team will have 4 players (regardless of age), and two team officials. The participation is open only to all BAP accredited
members from different chapters nationwide.

Regulations on rules are subject to change.

Reward as Follows: Remember, this competition is for Fun, Fun, Fun

Notice:              All the Participants will receive a “Certificate of Participation”

Your kind participation to celebrate the BAP 86th Anniversary is most appreciated. The camaraderie, friendship, loyalty, and goodwill at the BAP Fiesta 2022 mean so much to our members. Thank you in advance for your kind support on this project. 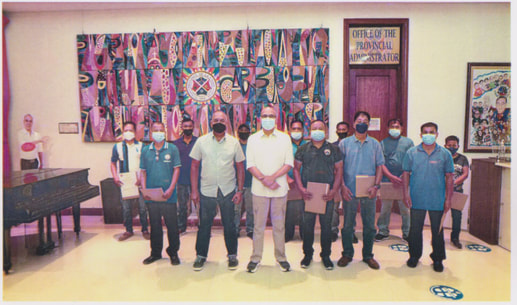 The BAP was established in 1936 with the leadership of then-Senator Ambrosio Padilla and followed by Mr. Gonzalo Puyat II who was twice elected President of the International Basketball Federation (FIBA).

In its 85 years of existence, the BAP continued to partner with countless local government units throughout the country.
We look forward to your kind acceptance of this request for the said induction.

Thank you for your kind support.

“With the safety of the athletes and team officials of our utmost concern, we decided to defer the National Orienteering Championship to a later date,” said Tiu, who is currently the chairman of the Philippine InfraDev Holdings Inc., the leading corporate construction company that is in charge of the Makati subway train system project.

BAP Inc. thanking all members their support and cooperation through the years!

The BAP will hold its National Congress at the People's Center in Biñan City, Laguna Province. Three-days of get-together with the members of the Board of Trustees, League-Organization Members and Clubs, Regional & Provincial Directors and Commissions, All BAP Accredited Members and different Committees, the schedule is set from March 8 to 10, 2019. 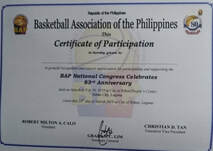 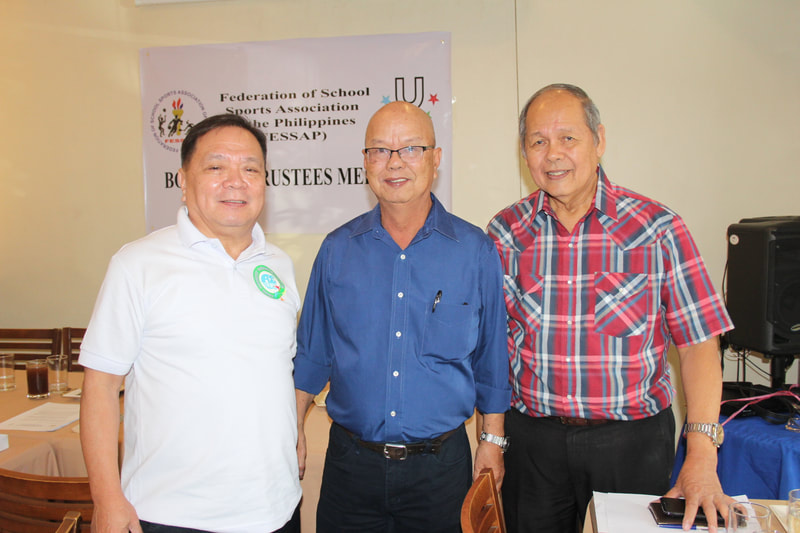 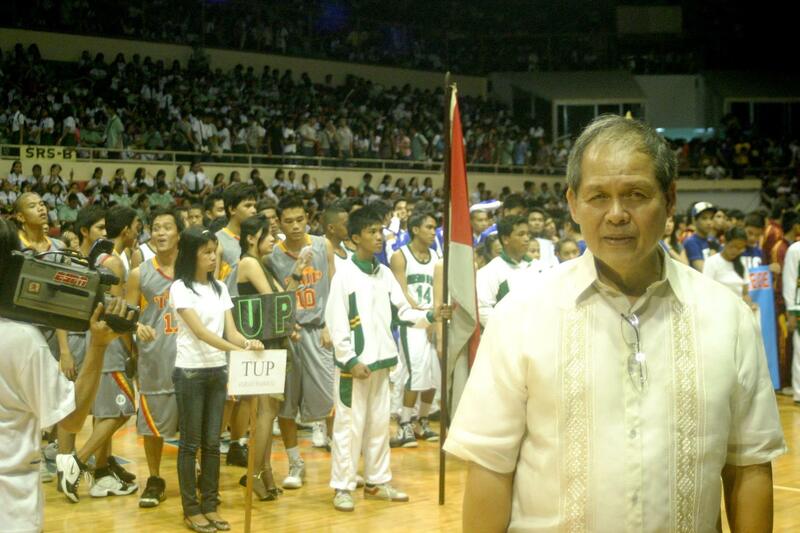 Amur State University of Russia’s Roman Shillin fired  a game-high 28 points, including eight three pointers, to lead the eight-player Fighting Bears to an impressive win and a runner-up finish in this prestigious tournament organized by Basketball Association of the Philippines (BAP)  in cooperation with the Asian University Basketball Federation (AUBF).

In the first game, University of Perpetual Help Jonelta System defeated Farmco Knight Club of Malaysia, 75-65, to improve its record to 3-2 and finish third overall.

With multi-titled coach Victor Escudero calling the shots, the Saints went to the troika of Sean Dillon Laban, John Carlo Villar and John Angelo Rosale to roll back the Knights. 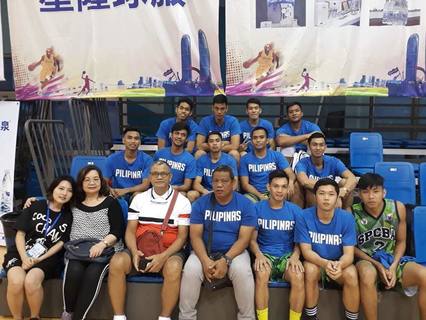 San Pedro College of Business Administration (SPCBA) Basketball team would like to wholeheartedly give thanks to the BAP for the support and giving us the privilege to play international prestigious game in Xiamen, China. I am very grateful to Mr. Leonardo Baylon Andres Sr. , Regional Representative , BAP Region IV and Mr.Robert Milton A. Calo, President of BAP for sending us to the International League. (2018 sports lottery Cup’ Xiamen fourth international prestigious college basketball tournament). 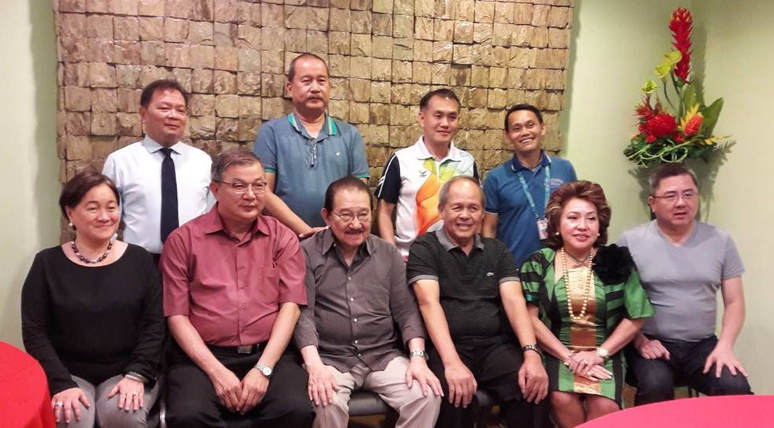 BAP Board of Trustees, presided by BAP President, Prof. Robert Milton Calo on June 21, 2018
PISSA, ​The Basketball Association of the Philippines, Inc. (BAP, Inc.) is a permanent National Sports Association created under the rules of FESSAP, which is solely recognized by the International University Sports Federation (FISU) as its national university sports federation from the Philippines.

​​The Agenda was presented –

“RESOLUTION APPROVING THE ENDORSEMENT FOR MR. RUEL ROA DABA AS BAP CORPORATE SECRETARY TO SERVE ON AN ACTING CAPACITY FOR THE YEAR 2018 – 2020.

The meeting continued to the agenda presented was discussed.

Failure of Mr. Roel B. Natividad to submit the Registration Fee collected and other pertinent documents based on the seminar
he organized.

2.     Observations on his ascendancy to BAP Presidency of Natividad's claimed:

BAP Board of Trustees has approved the annual “BAP yearbook family Fiesta”. The Fiesta will be an annual get together event to discuss the program of activities and reminisce the accomplishments of the organization.  It will be held in other parts of the region in subsequent years as initiated by the Host Organizer.

The scheduled date is set on October 19 to 21, 2018 at the Municipality of Dimasalang, Masbate, Province of Region 5.  Registration fee is P500.00 (Five Hundred Pesos).  Accommodation is free of charge during the festival weekend. Only BAP accredited regular members are entitled to participate. The “BAP Yearbook Family Fiesta” is organized to honor the athletes, directors, managers, commissioners, referees, table officials, coaches, officials and other personages who have served and had been part of the BAP family.  The Coordinating Body will be led by Bicol Regional Director Manuel R. Huab through his email: huabmanuel@yahoo.com.ph 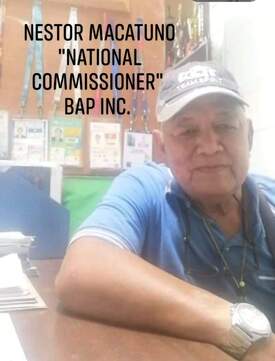 ​The NCR Commissioner shall have the responsibilities to promote and supervise the conduct and development of basketball in the National Capital Region NCR) under his jurisdiction and to organize city competitions in a permanent and regular manner, carefully following all administrative and technical regulations of BAP, Inc.; and to apply and demand the strict observance of this Constitution and By-Laws and all the Rules and Regulations of BAP, Inc.; Register all NCR members thru online accreditation guidelines to the BAP Central Office (formerly known as BAP Secretariat);

Know about the Truth regarding the issue between the BAP and SBP that the FIBA Secretariat led by Patrick Baumann, Bob Elphinston and Borislav Stankovic subsequently manipulated for unbelievable reasons to favour the SBP.

Read through the handwritten agreement between the BAP and SBP that was brokered by FIBA secretary general Patrick Baumann known as the "Bangkok Agreement" and one will find out that it was not followed to the letter after the signing was made.

The Bangkok Agreement was never respected by the SBP leadership and was manipulated to illegally gain control of the national basketball federation in the Philippines in connivance with the Philippine Olympic Committee and the FIBA secretariat.

(See the page for "Bangkok Agreement. The Truth Behind" for further information.) 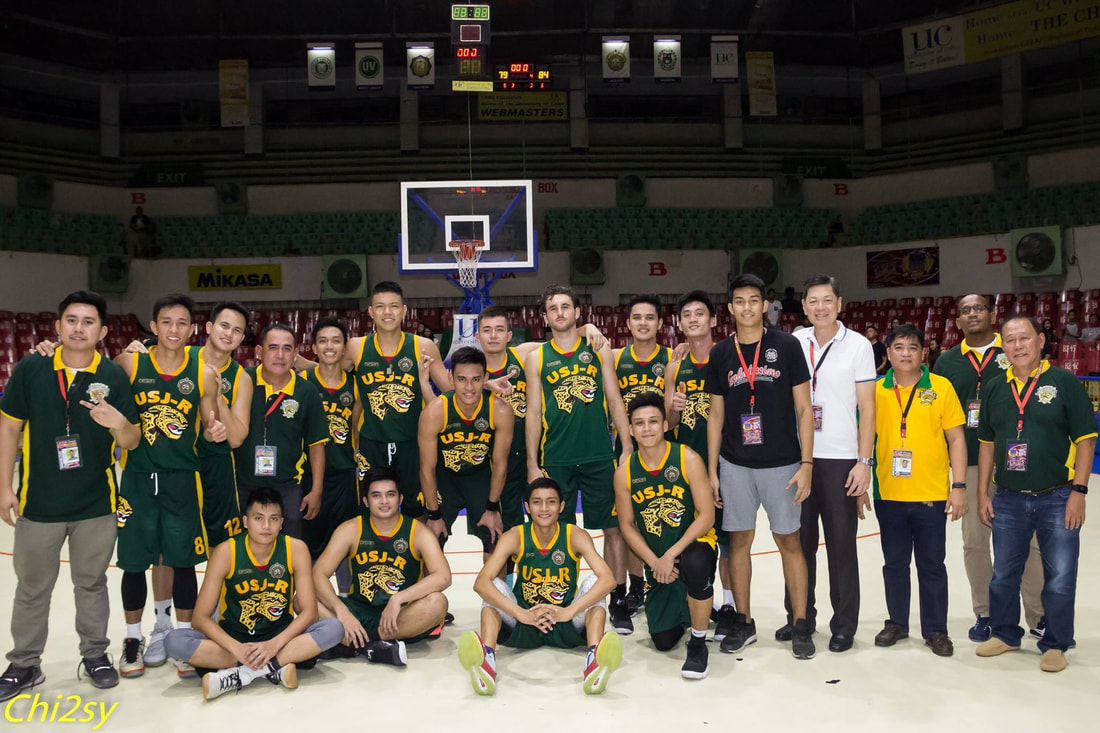 October 27, 2017 --- UNIVERSITY of San Jose Recoletos,  one of the leading school-teams in the basketball hotbed  of Cebu, will represent the country in the 3rd Xiamen International Colleges basketball tournament  scheduled on Oct. 31-Nov. 4 in Xiamen, China.
To be headed by Cebu sports patron Atty. Baldomero Estenzo and USJR athletic director Rev. Fr. Nestor Raras, the Jaguars will compete against five other countries in the  prestigious five-day competition hosted by the XIamen University.
Newly-crowned CESAFI 2017 Most Valuable Player Jaybie  Mantilla Ricky Dyn Peromingan, Ralph  Jude  Dinolan, Nelvin Navarra  and Victor Bongbong Nunez  will banner the Jaguars’ campaign.

The Cebu-based team will battle host Xiamen University,  two  teams  from Taiwan, one  from Malaysia and one  from Singapore.

USJR is an active member of  FESSAP, BAP  and the Cebu Schools  Athletics Foundation Inc (CESAFI).

Estenzo,  also the UC College of  Law Dean,  was appointed chairman of  the  organizing committee of the games by the Asia Pacific University Sports Union (APUSU).

Diliman College invited to participate in the 5th Asian University Men's Basketball Championsip in Taipei City from November 3 to 8, 2014. 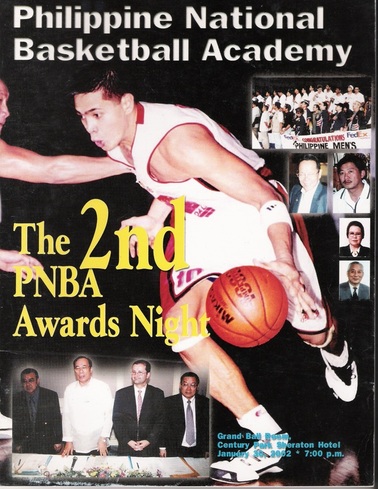 The award is held every 7th December with the presentation of the late- Senator Ambrosio Padilla- Asian Leadership Award.